Time to Change the Channel 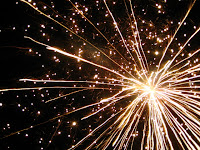 Our brains have a huge negativity bias!


Here’s a quote from the article I read:


Evolution has given us a brain with what scientists call a “negativity bias” that makes it prone to feeling threatened. This bias developed because the ancient mammals, primates, and early humans that were all mellow and fearless did not notice the shadow overhead or slither nearby that CHOMP! killed them. The ones that survived to pass on their genes were nervous and cranky, and we are their great-grandchildren, sitting atop the food chain, armed with nuclear weapons. Your brain is continually looking for bad news. As soon as it finds some, it fixates on it with tunnel vision, fast-tracks it into memory storage, and then reactivates it at the least hint of anything even vaguely similar. But good news gets a kind of neural shrug: “uh, whatever.
**In effect, the brain is like Velcro for negative experiences but Teflon for positive ones.


Okay, so this mean the negative experiences and emotions get more attention than positive ones. Well, poo. It sure explains a lot in my world.  I can be having the best day ever and then Wham! I check my son’s grades, or I read a negative review, or someone cuts me off in traffic or new puppy chews up another wall. Yep, afterward that’s all I can think about for the next few hours or longer. But if Negative emotions take up more space in our brains and make us focus on bad experiences instead of the good, what are we supposed to do? It’s clear we need to find a way to balance it all out. But that’s easier said than done, right?


There is no doubt in my mind that the key to happiness and success in our careers, friendships, and even our marriages relies on our ability to search out and cling to the positive experiences in our lives verses the negatives ones.


The negative stuff will always be there—it always has. But so will the positive stuff. All we need to do is learn or train ourselves to change the channel in our brains. That’s right. When something negative happens or we get a bit of bad news, we have to switch over to a good memory or a positive experience and focus on it until there is no remnant of the bad left.


I sure wish it didn’t take longer to change a bad habit than it does to create a new good one.  LOL


Be positive in the face of adversity, preserve when times are toughest, and resist those who insist it can’t be done!