The Wicked Secrets Beneath Goes Live!

Finally! I've finished the short story prequel and it's live on Amazon and Barnes & Noble. ;) 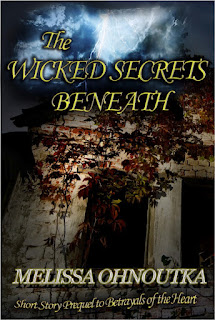 **Short Story Prequel to Betrayals of the Heart

Robert Shaw lost his precious wife, unborn child and almost his own life protecting the innocent. Now he fights to make sense out of the chaos that is his life. A new identity means cutting all ties to his past and focusing on the future. As Ryan Carter, he can move on, start living again. A task that seems impossible--until Makayla Prichard enters the picture.

The FBI is set on bringing her down. They believe she is working alongside her husband, committing the most horrendous crimes imaginable. But Ryan Carter realizes Makayla is not the monster the FBI profiler has made her out to be. She's a victim. A prisoner in her own home with a young son she is determined to protect. Ryan Carter has found his new purpose--to help them escape or die trying.


Now I can finally focus on the this third novel. If all goes as planned, Betrayals of the Heart should be due out this summer. yeah!

Great Read and a Great Cause

Teri Thackston, an amazing writer and chaptermate, is raising money for the Star of Hope. She is extending her double-nickels promo for the entire month of April. Please SHARE with your friends who might be interested in helping this great homeless shelter—and reading a suspense novel that features terrifying storms, kidnapped children and, of course, a bit of romance. For every copy of Onslaught that sells during April 2012, she will donate fifty-five cents to the Star of Hope Mission.

The Star of Hope Mission is a Christ-centered organization that provides food, shelter and counseling to homeless men, women and children. It is truly one of America's stars. To help out, simply order a copy of "Onslaught" by Teri Thackston from Amazon, Barnes and Noble or Smashwords during April and .55 cents will go to the Star of Hope Mission. It's that easy. :)

Here are the direct links: 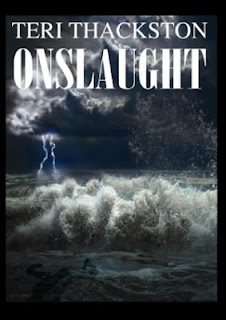 Thanks for your support!
Posted by Melissa at 9:37 AM