I've had this one on my kindle since before NaNo started. Moving it up to the front of my list, well, because I can! :) Rewarding myself with books for winning NaNoWriMo was the best idea ever!

This is another great release from a wonderful Northwest Houston RWA chaptermate. And the books just keep on coming. So many talented writers in this group. 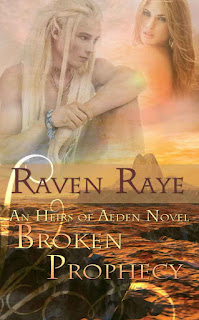 Love this Cover!
Only Killian’s bloodline was created with the planet. No other can accept the Seal and no human can carry the seed to bear the Heirs of Aeden.

Killian, King of the Fey, is in love with Marcella Rowan, human and forbidden to his kind. An errant Angel, seeking revenge, awakens creatures thought long dead or mythological. Marcella’s life in danger and against the Divine Council’s orders, Killian saves her from death—by claiming her as his soulmate. As earthly and other-earthly creatures polarize toward good or evil, Marcella and Killian must survive the forces driving them apart. Only their love can unite the worlds of magick and mundane. Only their love can force their peoples to put aside bigotry, jealousy, and fear to overcome the evil tearing the earth apart. Only the magick they make together can repopulate Earth’s garden in Aeden.
Amazon
Barnes & Noble
Show More
Show Less
﻿
Posted by Melissa at 4:30 AM