Goals - Why Make Them? 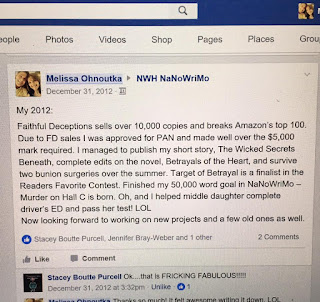 Talk about surprise the heck out of me. Looks like I've been slacking off for a few years now. LOL Now of course two of the books were already written and only had to be edited before publishing. But I did write a short story as well as a full length novel and 50,000 words for NaNoWriMo in that same year. Sheessh...

Makes me wonder where all my time is going these days. But it also makes me want to get my bootie in gear and be more productive. So even though I might night achieve all the goals I set out to do, looking back and seeing what I did accomplish is a great motivator. So much so here's a brief summary of what I did get done for 2016. :)

** Submitted and received a contract with Entangled publishing for Sinful Secrets. (YEAH!) Finished writing the first draft of Wicked Games in June, which now sits awaiting edits. Attended the RWA National conference in San Diego. Survived the many rounds of edits on Sinful Secrets over the summer. Went on a wonderful writing retreat with three awesome writers. Wrote 50,000 words during NaNoWrio on Sam's story, the next one I'll be presenting to Entangled. Sinful Secrets was released November 16, 2016 and I learned all kinds of new promotional ideas. And then finished off the year going through some really tough health issues with hubby, but all is well now.

Looks like I did get quite a bit of writing done. Just need to tackle those pesky edits and I'll be in business again. Sigh.... Wish I knew how to like this stage more. 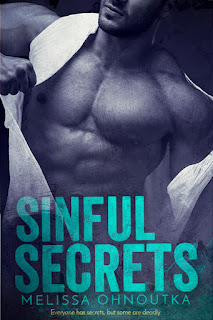 
Wishing you all a happy and blessed weekend!