I have a guest today! One of the great things about writing is getting to meet so many wonderful authors along the way.  Suzan's been working hard and now has two books released.  I've got my copies and can't wait to start reading!  Welcome Suzan! 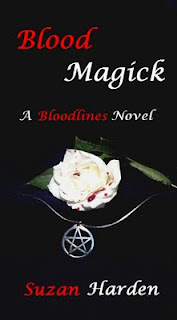 It’s a scary proposition to start your own business. Even scarier in today’s economy. And scariest of all? A business in arts and entertainment, one of the most unstable fields you can enter. But that’s exactly what I did in April. I started my own publishing company, Angry Sheep Publishing.

I have to give full credit for the sheep analogy to my online friend, Angela Benedetti. Angie writes for Torquere Press, an e-publisher specializing in LGBT romance. One day we were both bemoaning the current either-print-or-digital-only tug-of-war in publishing. She mentioned that it didn’t matter who she spoke with on which side of the debate. She was always accused of following the other side’s herd. And dammit, she wasn’t a sheep. She could think for herself.

I agree with Angie’s general philosophy—not every type of publishing is right for every writer and a story should be available in as many formats as possible. I also believe there’s room for everyone at the table. It didn’t help that I was getting the either-you’re-with-us-or you’re-against-attitude from some of my other writer friends as well. So after I vented to my husband later that night, he suggested I change the name of my blog from ‘Wild, Wicked & Wacky’ to ‘The Angry Sheep.’

Well, I didn’t change the name of my blog, but Angry Sheep Publishing was born.

Should every writer self-publish? Honestly, that’s up to each writer. I’m not going to lie. It’s damn hard work. But then I look at the cover for Blood Magick, the one my husband and I did all by ourselves, and I get a thrill that I made this e-book possible.

And someday, hopefully soon, I’ll have a print version of Blood Magick available as well.

Blood Magick is the first novel of Bloodlines, an urban fantasy series.

It’s not the family you’re born to. It’s the Family you join.

Caesar Augustine has survived on it for millennia, but his friend Natasha believed she was close to a cure for vampirism. When she dies and her lab notes disappear, Caesar’s only chance to walk in sunlight again is finding her granddaughter Bebe, the one witch Natasha would trust with her research. But getting Bebe to trust him is another matter altogether.

Dr. Bebe Zachary has feared and mistrusted vampires for seventeen years, since the night she witnessed two of the bloodsuckers brutally murder her parents. When Caesar Augustine comes to her with an insane story that her grandmother’s death was no accident, the last thing she wants to do is believe him. Except her cousins have challenged Bebe for leadership of their coven, somebody definitely wants her dead too, and Caesar is the only the person standing between her and the grave.

Blood Magick is currently available through the following retailers:

XinXii
Posted by Melissa at 3:45 AM